The Novels of Two Anti-heroes: King of Killers and Hot Tempered Leung 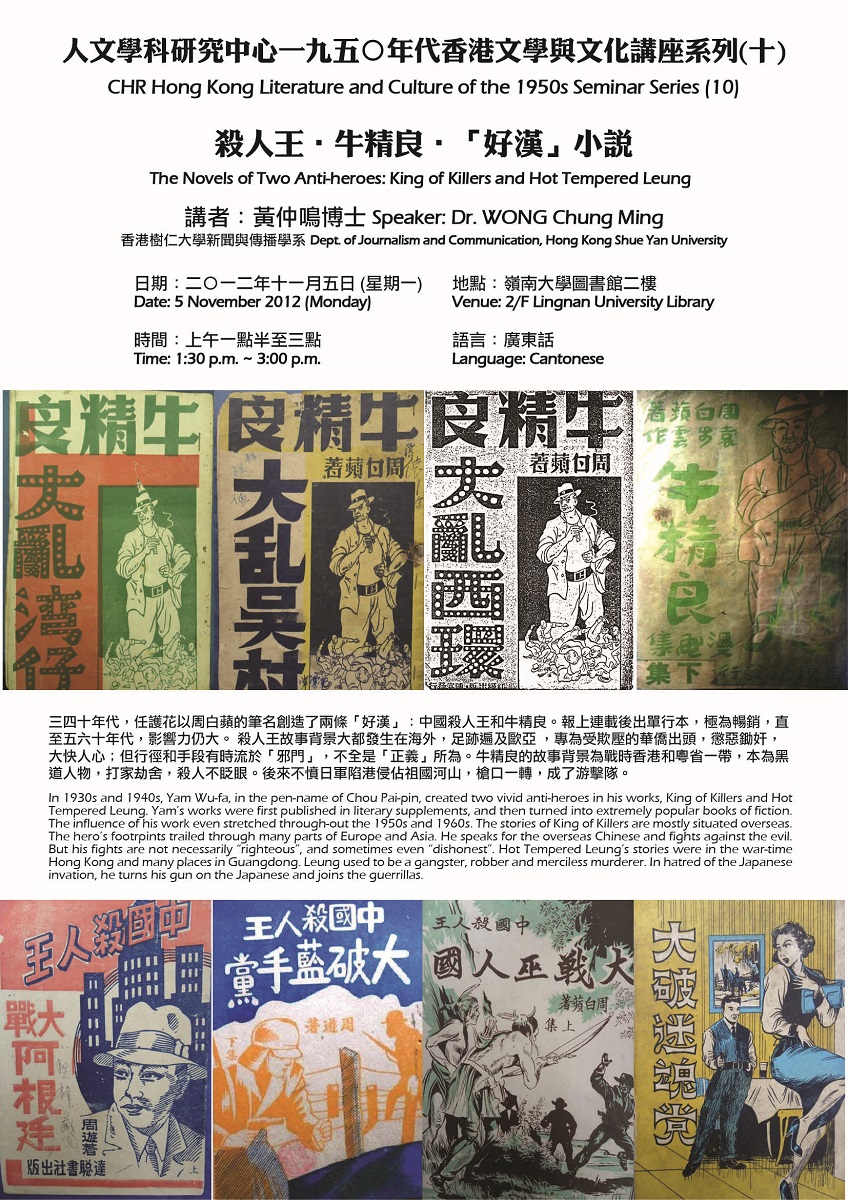 In 1930s and 1940s, Yam Wu-fa, in the pen-name of Chou Pai-pin, created two vivid anti-heroes in his works, King of Killers and Hot Tempered Leung. Yam's works were first published in literary supplements, and then turned into extremely popular books of fiction. The influence of his work even stretched through-out the 1950s and 1960s. The stories of King of Killers are mostly situated overseas. The hero's footrpints trailed through many parts of Europe and Asia. He speaks for the overseas Chinese and fights against the evil. But his fights are not necessarily "righteous", and sometimes even "dishonest". Hot Tempered Leung's stories were in the war-time Hong Kong and many places in Guangdong. Leung used to be a gangster, robber and merciless murderer. In hatred of the Japanese invation, he turns his gun on the Japanese and joins the guerrillas.