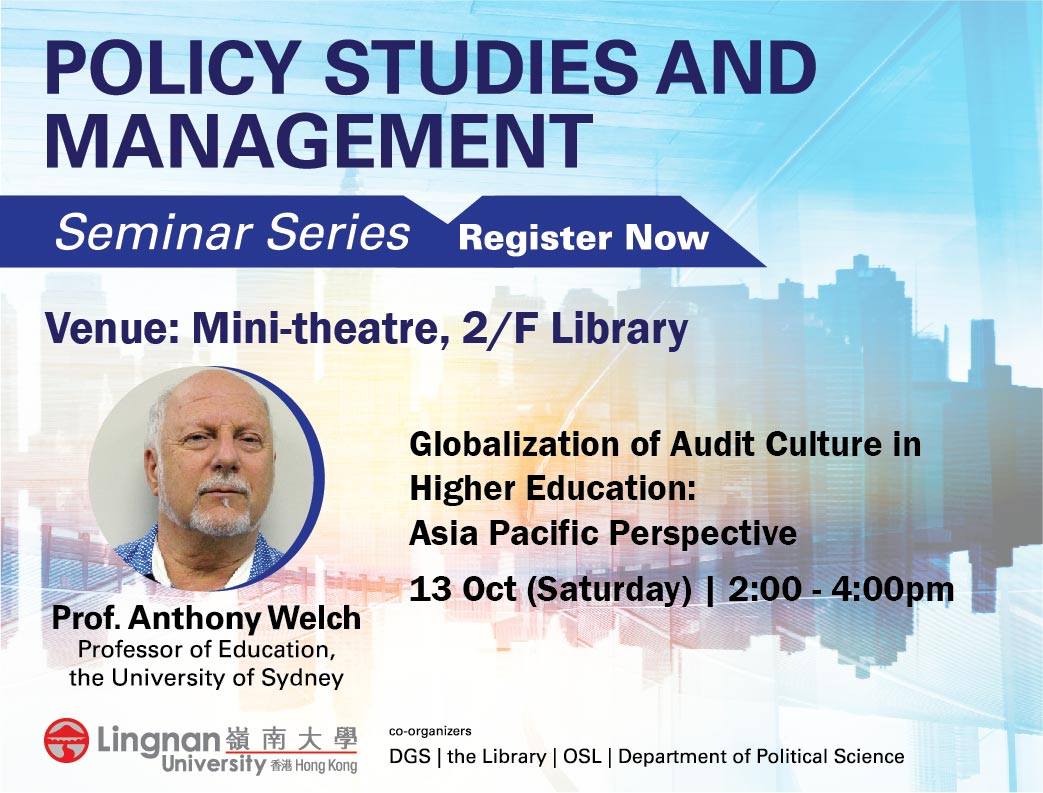 The rise of an audit culture in higher education has had marked effects, notably in the Asia-Pacific. Since their introduction in the early 1990s, in the UK and Australia, academic audits have grown and become more detailed, demanding ever more time, energy and financial resources.

While research shows that such audits are supported by both governments and institutional leaders (despite the latter recognizing how costly such processes are in institutional terms), research reveals that the effects of audit culture significantly distorts the academic mission, favouring research published in highly ranked international journals, at the expense of local journals, and enhancing gender differences in the profession. For an English language system that is increasingly integrated into the Asia–Pacific (Australia), with a diverse academic staff, the effects are complex, and not entirely uniform. But in China and Japan, studies also reveal rising pressure, albeit in distinctive ways. Overall, the effects have been to devalue collegiality, and re-shape academics into self-monitoring subjects.

This seminar is part of the “Policy Studies and Management Seminar Series”. Professor Anthony Welch, Professor of Education of University of Sydney, presented an analysis on how the audit culture shapes the academic production in the higher education field of the Asia Pacific region, with examples of the universities in in several countries in the region.