Meeting Popes, Presidents and Princesses: A Cross-Continental Life of Writing, Glamour and Adventure 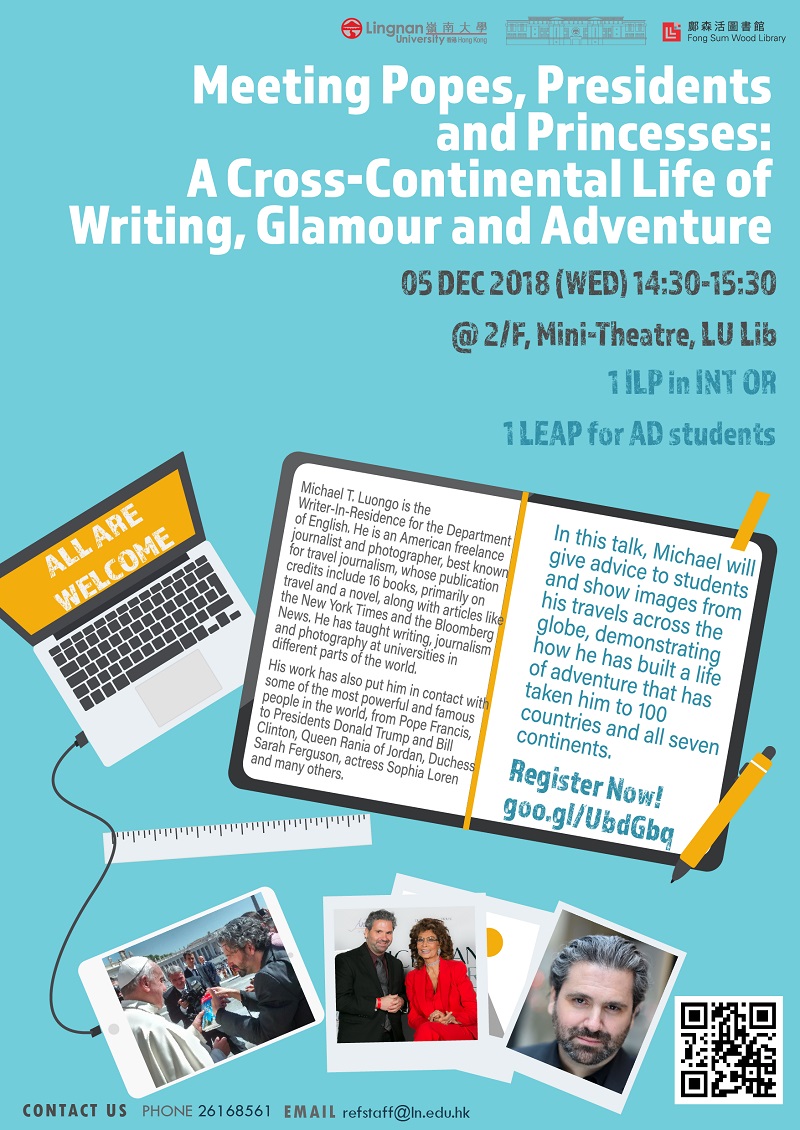 Michael T. Luongo is the Writer-In-Residence for the English Department of Lingnan University, teaching the course Arts, Creative Writing and Journalism and advising the student literary journal. He is an American freelance journalist and photographer, best known for travel journalism, who has visited 100 countries and all seven continents whose publication credits include 16 books, primarily on travel and a novel, along with articles for the New York Times, CNN, Bloomberg News, National Geographic Traveler, Out Traveler and many others, covering travel, LGBT issues, war & conflict reporting from Iraq, Afghanistan and other locations and other topics.

His work has put him in contact with some of the most powerful and famous people in the world, from Pope Francis, to Presidents Donald Trump and Bill Clinton, Queen Rania of Jordan, Duchess Sarah Ferguson, actress Sophia Loren and many others. He has taught writing, journalism and photography at New York University, the University of Michigan, Shanghai Jiao Tong University, and lectured at the Smithsonian, New York Public Library and other institutions and is a frequent conference circuit speaker. He was the North American Travel Journalists Association’s Journalist of the Year twice, for 2010 and 2014, the National Lesbian and Gay Journalist Association’s 2013 Journalist of the Year, among other writing honors and fellowships, and has a B.A. in Communications and a Master’s in Urban Planning, both from Rutgers University.

In this talk, Michael will give advice to students and show images from his travels across the globe, demonstrating how he has built a life of adventure that has taken him to 100 countries and all seven continents.